How to feed the fish!

Slightly pre-occupied getting the challenge videos done, but now all successfully submitted! Feed the fish proved to be a big team effort, and much more difficult than it initially looked.  Ben made the fish bowl by using the designs posted on the pi wars github.  He used the laser cutter at his school to cut from 3mm acrylic sheet.  Orange was quite a good colour! Danny and mum then decorated the fish bowl.  There's a lot happening in the fish bowl with lots of fish swimming around. It is also quite dangerous.  There's a big shark in there! We decided to re-use last year's gas powered nerf shooter as the mechanism for feeding the fish.  This has a pan a tilt mechanism made entirely from lego technic with a modified nerf jolt attached.  Pan and tilt is controlled using a lego remote control which also incorporates the on/off for the laser aimer and the firing mechanism. A lot of trial and error was needed to get the darts to fire consistently into the fish bowl.  The nerf s
Post a Comment
Read more 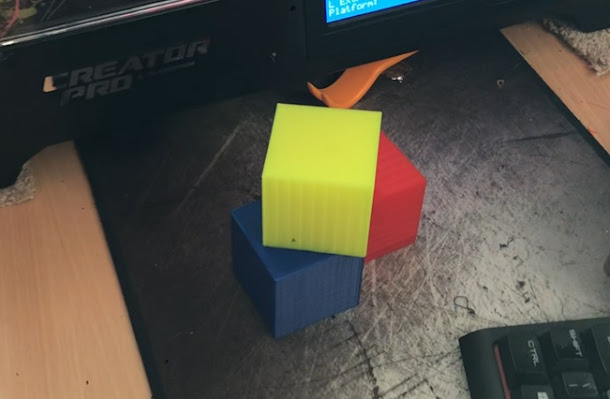 Putting the 3D printer to work

Up the Garden Path 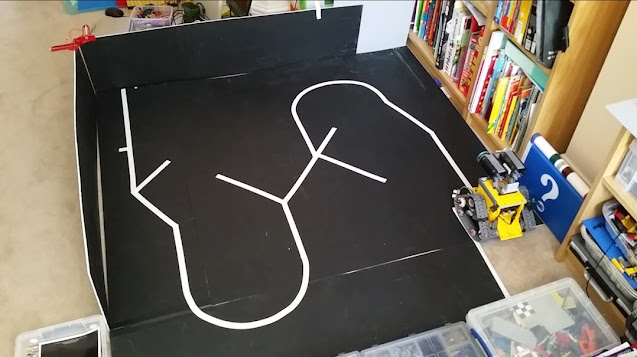 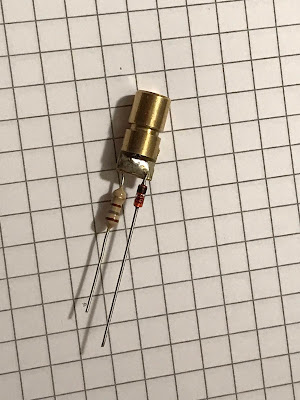 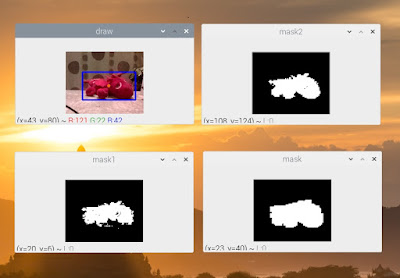 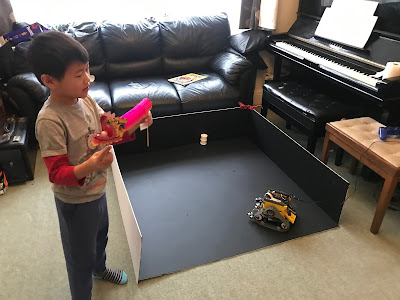 Building our own ‘Arena’ 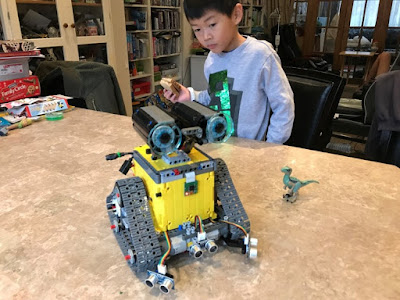 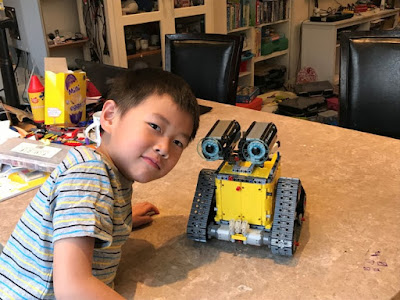